Panel Discussion
An Analysis of Geingob’s First Year in Office

The 21st of March 2016 officially marked the first year since Dr. Hage Geingob was officially sworn into office as the President of the Republic of Namibia. Hence, on the 17th of March 2016, the Hanns Seidel Foundation (HSF) together with its partners, the Namibian newspaper, the Institute for Public Policy Research (IPPR), and the Finnish Embassy to Namibia held a panel discussion, which was embraced by over three-hundred at the NamPower Convention Centre in Windhoek to discuss the progress of the President since he took office. 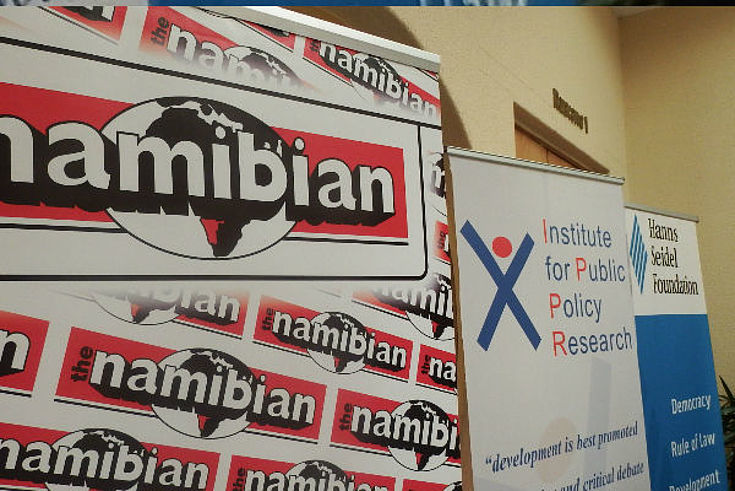 The “1 year of Geingob” event is the second in a series which the four partners co-hosted in order to analyse the performance of the Dr. Hage Geingob in the office. The first analysis was on the 29th of June 2015 whereby the President was analysed on his 100 days in office.

This year the dialogue was focused on analysing the performance record of President Geingob, and whether he has held true to his pre-election promises, and indeed those he made throughout his first year in office. Themes that were given particular attention were the budget and particularly disparities in budget project financial allocations. Other notable topics were housing, engagement with the media, crime, political expenditure, Namibia’s relationship with North Korea, and water and electricity. Within these themes, planning, prioritising those plans, and the implementation of those plans through real structures were constantly raised as lacking by the Namibian government. 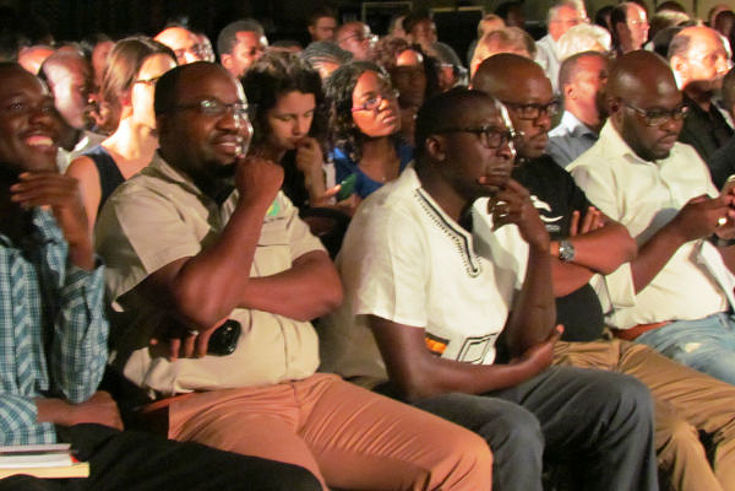 The panel discussion consisted of Ms. Gwen Lister, the founding editor of The Namibian newspaper, political commentator Mr. Phanuel Kaapama, and the Vice-Chair of the Economic Association of Namibia, Mr. Suta Kavari. The panelists centred their analysis of the President’s first year in office, providing insights into key messages from the President’s previous public speeches on national issues, as well as introspect on various projects implemented in the last year since the President took office.

The overall theme of the talk followed a hit-and-miss structure, where Geingob’s presidency thus far was broken down into what has been positive, and what has also been negative in his first year of office. Areas that enjoyed some progress which Geingob achieved in his first year in office were peace and security, inclusiveness of all levels of society in the conversation through town hall meetings, and the engagement of major stakeholders such as unions and businesses, which has made Geingob streets ahead of his peers. 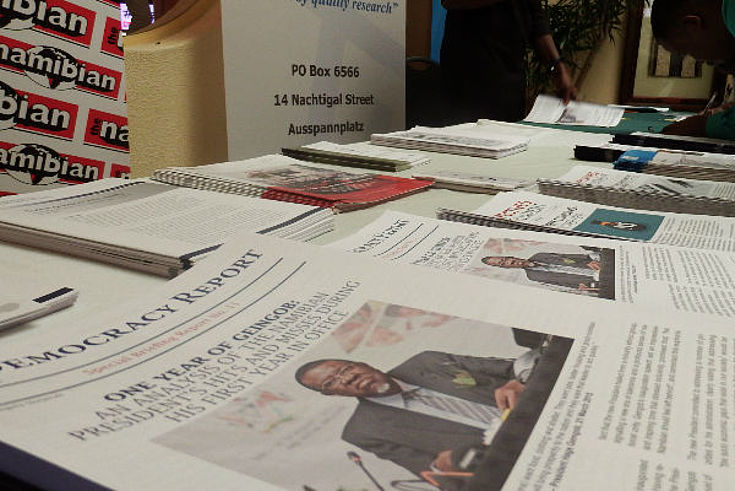 On the other hand, the president has failed to reduce his rather colourful travel expenditures, and his efforts to convince his ministers and officers to follow his lead by declaring their assets have been in vain. Geingob’s reputably prickly relationship with the media was discussed, an issue on which can be improved by a change of attitude from viewing the media as a friend rather than a foe.

In referring back to planning, prioritisation and implementation, recognised political analyst and panelist Phanuel Kaapama highlighted how the food bank initiative and the solidarity tax were both idea’s with plausibility in their modus operandi, but both had no clear explanatory outline or blueprint for implementation – again something that others noted was prevalent in electricity and water supplies to Windhoek. 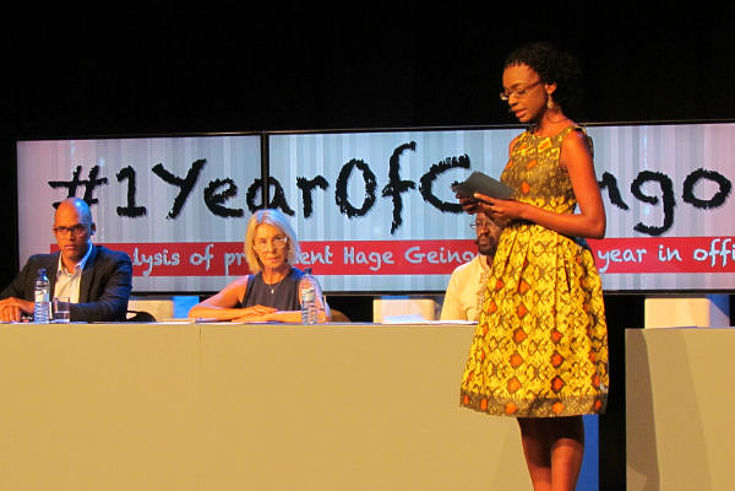 As another of the three panelists, Gwen Lister told how she felt people want something tangible now, and not more empty words, with Geingob needing to be his own man. Mr. Kaapama echoed this need, citing how “politics is about the struggle, consolidation, and use of power”, one requiring action and decisiveness.

The moderator Nangula Shejavali ended the evening with a call to action, and thanked the Hanns Seidel Foundation and its partners the Namibian, IPPR and the Embassy of Finland for a discussion that made people more aware that they have a voice in the governance of their country, and one in holding their elected representatives to account.